The first train of the Iron Silk Road debuted in Turkey 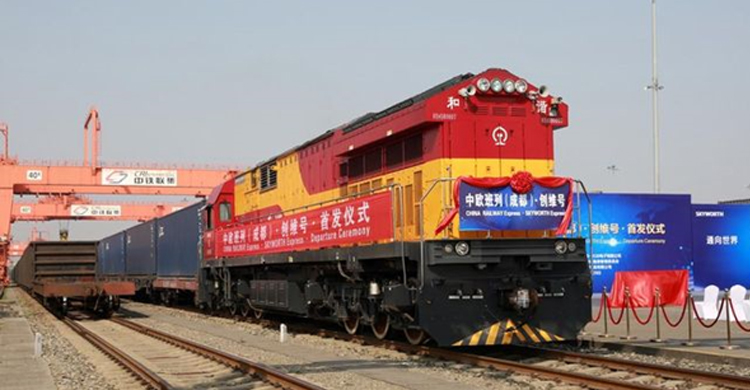 The first train of the Iron Silk Road had entered Turkey; China and Turkey under the leadership of the country and will affect the 65 3 billion population, "One Belt One Road" critical phase of the project is completed in Istanbul. Under the project, a train leaving China will be able to reach London without interruption.

Within the scope of the project, the first train journey started from China to Europe via the Iron Silk Road. China Railway Express arriving in Turkey, on November 5 through the Marmaray Bosphorus tube crossing to reach Europe. Based on China, "Trans-Caspian International Transport Route (TITAN)" debuted in Turkey called out of line. It will be the first freight train using Marmaray.

The One Generation One Way project will also change global trade balances. A train leaving Beijing will be able to reach London without interruption. The project will provide an important geostrategic and commercial alternative to the US-led Atlantic power. The mid-corridor within the scope of the Single Belt One-Way Project, which is expected to be fully completed at 2049, is called the modern version of the historical Silk Road. Making 8 trillion dollars of investment in China and countries in the region for the realization of the project is planned, a budget was foreseen 40 billion dollars for trade routes in accordance with the agreement between China and Turkey.

With the project announced by 2013 by China which is adapting to the free market economy, Chinese goods passing over the rail and sea transportation network, other Asian countries and Europe and Africa will be reached in a short time. Turkey will also come forward with a position on this project. In the project, the "central corridor" located in Turkey, London and Beijing will be the most cost-effective way to connect. The project, which will enable fast transportation from Europe to China, will significantly reduce shipping costs in both directions of trade.