Forum on BRI land-sea development to be held in Chongqing 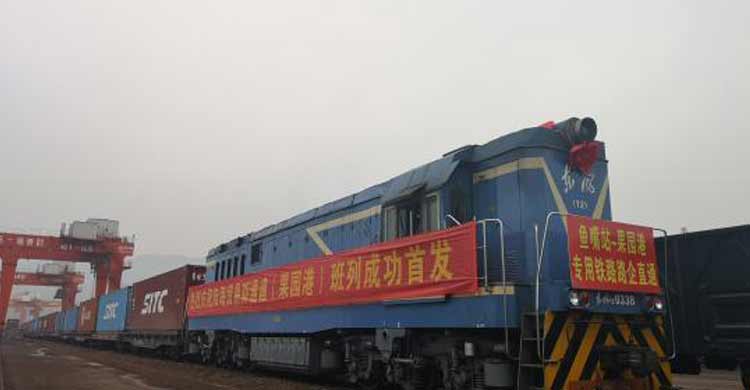 The Belt and Road Forum for Interconnected Land-Sea Development is to be held in southern China's Chongqing city from June 2 to 4.

With the theme of "Shaping a New Shared Future for Interconnected Land-Sea Development," the high-level international forum will focus on cooperation and development under the Belt and Road Initiative (BRI), and follows the second Belt and Road Forum for International Cooperation, which took place in April.

The forum is co-organized by the Silk Road Think Tank Association, which was initiated by the International Department of the Communist Party of China (CPC) Central Committee, together with the Chongqing municipal government.

During the event, three sub-forums will be held to discuss the development of new international trade routes, industrial cooperation amid interconnected land-sea development, and the enhancement of people-to-people ties under the BRI framework.

About 80 guests, including politicians, political party leaders, scholars, journalists and entrepreneurs from countries and regions along the BRI routes, will share their views on promoting global partnership and interconnected land-sea development, upholding multilateralism and an open world economy, and boosting exchange and mutual learning among civilizations.

A proposal on interconnected land-sea development will be released at the event, and a new batch of think tanks will join the association.