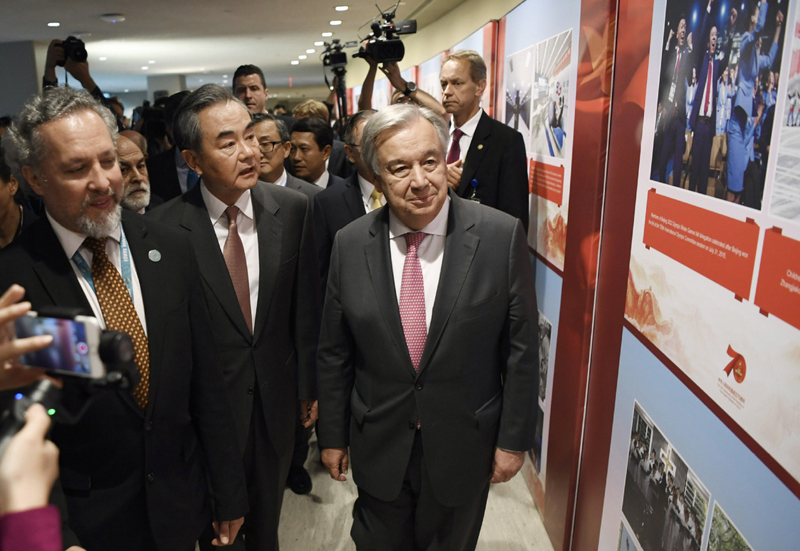 The Chinese mission attending the 74th session of the United Nations (UN) General Assembly released Thursday four documents on China's cooperation with the UN and its action and progress in climate change and sustainable development.

The first document titled "China and the United Nations: Position Paper of the People's Republic of China For the 74th Session of the United Nations General Assembly" expounds China's contribution to the three pillars of the UN: peace, development and human rights.

It reaffirms China's firm support for and implementation of multilateralism, and its support for the core role played by the UN in international affairs.

In the second document titled "UN Climate Action Summit: China's Position and Action," China pledges to treat climate efforts as an integral aspect of its pursuit of sustainable development and its responsibility to build a community of a shared future for mankind.

The report includes some case studies on targeted poverty alleviation, innovation-led development, and jointly building the Belt and Road.

"Big Earth Data in Support of the Sustainable Development Goals" shows China's exploration and practice to support the implementation and policy-making of the 2030 Agenda by tapping big earth data, thus providing the international community with data and methodology in this regard.