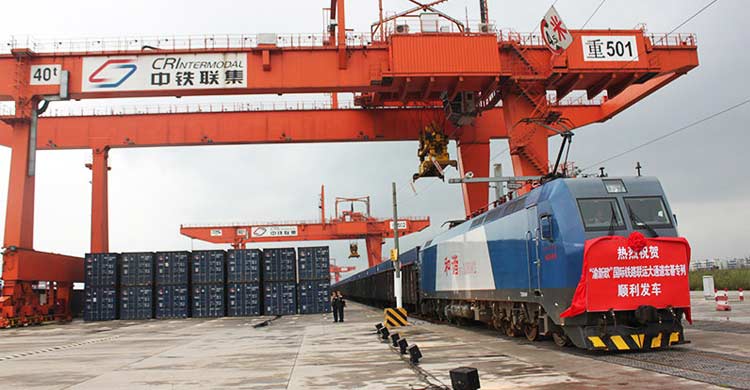 The cargo value of China-Europe freight trains from Guangzhou, capital of south China's Guangdong Province, has risen 21.3 percent year on year to around 760 million yuan (112.96 million U.S. dollars) since January.

The freight trains have made 15 trips during the first four months, up by 7.14 percent compared with the same period last year, according to the city customs.

About 90 percent of the cargo was from the Pearl River Delta region. Among them, LED products grew by 33 percent and mobile communication equipment surged 120 percent year on year.

The customs said most of the goods transported via the trains had changed from traditional labor-intensive products, such as clothes, shoes and hats, to high value-added products, such as computers, communications and consumer electronics.